I suggest reading this first. Followed by this. Or just this…

“Maryyyy, wakey, wakeyyy!” I hear someone call from the other side of my bunk’s curtain.

“Maryyyyy, wake up!” I open one eye and squint at my phone.

The last time I looked at the screen it said 6 a.m. and I was just going to bed.

“Marrrry?” I squish the lumpy pillow over my head. It’s too early for sound.

And if this Mary girl doesn’t answer soon, I’m gunna kill her.

“Mary, I got you breakfast.” There is a Frenchman in my bunk holding a bowl of cereal... I’m Mary?

“I can’t eat dairy,” I mumble, pulling the pillow tighter to my ears.

I catch him looking down at the bowl, defeated, before putting a hand on my exposed, bare hamstring.

“It’s nice today, you should go outside,” he says.

I’m going to kill him.

I don’t want to go outside, I don’t want to leave this nook, and I certainly don’t want his hand on my leg. His hands were on me enough last night and although I liked making out with him all over the bar, the streets of Copenhagen, and our 14-bed-mixed-dorm, he got a little too French for his own good when he asked, “why won’t you let me make love to you, baby?” To which I replied by throwing up in my mouth, exiting his bunk, and walking three steps to mine where I now plan on spending the rest of my life, alone. Bye.

It was over the second I saw him yesterday. After 20 hours of travelling, I had just gotten out of a much-needed shower when he walked into the hostel’s shared bathroom, shirtless. A white boy with a tribal chest tattoo that snaked down his bicep. I’ve made that mistake before, I thought, smiling at him in the mirror while I did my makeup. “Can I borrow your shampoo?” He asked. “Sure.” I said with the breeziness of a “chill” girl.

Why won’t you let me make love to you, baby? I cringe at his words and bury my pounding head into the pillow. Ahh, the French. Mon Dieu.

He gets the hint and leaves. I nurse my hangover and go back to sleep. It’s 1 p.m. when I wake up again. Nothing like getting a fresh, early start to the day! I muster up the strength to leave my cave and beeline for the shower.

Once I resemble myself again, I dig in my bag for some loose Kroner and pay Augustina, the hostel receptionist/bar tender/life coach, to make me something to feel human. A green tea on the picnic bench outside does the trick. He was right, it is a nice day. I sip my steaming hot tea then say goodbye to the Frenchman, the American, and the Man Bun. I will meet up with the American tonight, the other two are going back to Zurich.

As I walk away from my temporary home, I realize I have absolutely no idea where I’m going. So far, if I were to write a “36 Hours in Copenhagen” for The New York Times, it would consist of the following:

See people do heroin while en route to hostel

Drink a lot too much at The Drunken Flamingo

Go to McDonalds at 4 a.m. and accidentally offer french fries to a prostitute

I head back to the hostel for wi-fi and type “Nyhavn” into Google Maps. It’s the only place my foggy brain can think of. The colourful harbour on the front of every Copenhagen city guide. That is where I will go. I follow the pulsing, blue dot and slowly make my way.

Images of last night resurface once I’m on the canal. The glowing row house windows suspended in yesterday’s dark sky are now attached to bright, symmetrical homes and stacked under perfect, pointy roofs. I open-mouth stare at them and nearly get hit by a cyclist who probably says something along the lines of, “You’re in the bike lane, idiot!“

I stumble to the side while a herd of cyclists zoom past me: heavy grocery bags teetering on the edge of handlebars; baskets stuffed with everything from computer monitors to babies and one man reading a book. I’ve never seen anything like this smörgåsbord of well-dressed Danes pedaling through their Sunday. I envy them, they look like they know where they’re going.

Whenever I’m feeling lost, I follow my stomach, which steers me into the harbour. Nyhavn is smaller than I expected and the influx of tourists and natural blondes make it seem even smaller. Wood-panelled sail boats nestle against the embankment, their giant masts sway along with the gentle breeze and the soothing sound of clarinetists busking, a choir singing and people actually interacting with each other instead of doom scrolling on phones — there’s even a fricken wedding in the distance. I wait for a director to yell, “Cut!” or someone to ask for meth and expose the whole facade, but the cuteness just continues.

Near the edge of the sparkling water is a stand selling open-face sandwiches where I order the largest possible one. The Danes call it “smørrebrød” — or “shmaa-bruhh” like I said to the blonde sandwich man — and it’s so good it brings me to tears. All the surrounding Hygge has turned me into a human puddle, but mostly I’m just missing her. There is an emptiness that even the most perfect sandwich in a place like this can’t fix and I wonder how I can feel so full and broken at the same time.

The sun is sinking and the streets are quiet when I reach the hostel and crash into my bunk. I wake up groggy an hour later, unsure if I’ve dreamt the whole day, and hope the American has forgotten our plan to meet up. I open my phone to a message from him. He’s on his way. Shit.

“Here it is!” he says, presenting me with the sacred “boomerang.” I stare at it, confused. It doesn’t look like a boomerang. Instead, he hands over a small clip-top bottle sealed with plastic wrap. This is For Duck and Cover (Tina <3 ), Much Love. I read the note taped to the layers of Saran and shake the liquid inside.

I look at him like he just spoke Danish backwards.

“It’s a drink made by Tim in Amsterdam for Tina in Copenhagen. We’re going to find Tina.” He explains.

It takes us seven minutes to locate Duck and Cover, a cozy basement bar which looks like an upscale bunker from the 60s. Inside, we spot a tiny pixie with pink hair and neck tattoos.

We introduce ourselves and the boomerang. Tina hugs us like we’re old friends and not stalkers, then holds the bottle to her chest the moment it leaves the American’s hands. “Now what can I get you?” she asks, laying a menu on the bar.

The American already knows his order, he’s a cocktail nerd who’s done his research, I, on the other hand, am struggling to read and panic-order something with asparagus.

Tina floats along the bar like gravity isn’t a thing in her world, shaking and stirring drinks from one end of the counter to the other — even standing on it at one point to reach the top shelf. “Ah, the boomerang!” she gasps, breaking from her concentrated rhythm.

I watch her unravel the plastic wrap and mix the drink that’s lived in the American’s bag for weeks. When it’s ready, she pours the cocktail into a coupe glass and quietly backs away, so as not to disturb the liquid house of cards. With the most steady hands, she lifts the full glass to her mouth, takes a sip, and closes her eyes, “It’s like Tim’s here and he’s made me a drink.” The focus on her face softens and my heart swells when I finally realize Tim isn’t just a friend.

It’s tomorrow when we say our goodbyes.

I spend the next few days bouncing around the city like a fumbled football, unsure where I’ll end up. At night, I find home on the end of well-worn picnic benches, next to strangers who become fast friends.

On the last night I meet Henrick, Owe, and Tobias at War Pigs, a crowded beer hall that serves meat by the pound on metal trays. “Is it usually this busy on a Tuesday?!” I yell at Tobias (or maybe Henrick) over loud rock music. “I don’t know, we’re not from here,” he replies.

“Neither am I,” I say and put my tray beside his.

Three Swedes in Copenhagen for Frozen 3D ( they work for Disney, two are dads, seems legit.) We talk about the Syrian refugee crisis, hockey, and Drake. They show me pictures of their daughters, teach me how to pronounce my Grandparents’ Swedish last name, and offer sweet condolences when I talk about their passing, “to them” we toast.

I hardly notice fellow patrons trickling out of the hall while we stay put in our seats, sampling each other’s beers and critiquing our choices.

“Do you smoke?” Owe asks (or maybe it was Henrick).

“Me neither… well not anymore,” he smirks.

He takes a small metal tin out of his pocket, “I do this instead,” opens it and explains that the mini tea bag things inside are not drugs but are not exactly legal outside Sweden.

“Nicotine,” he says, picking up a pouch with two fingers and packing it in his mouth, “Want one?”

I look to the others for reassurance, “Don’t put it in your mouth long,” Owe (probably) cautions. I pick up a pouch, examine it, and go against everything my parents have ever taught me. It takes seconds for the inside of my cheek to singe like someone branded it with hot metal and I spit the fire pouch onto the nearest meat tray. My head feels like it’s no longer attached to my body and my gums have a heartbeat.

They try their best not to laugh, but when my throbbing mouth pulls into a smile it’s game over. The four of us break into fits — the ones that start low in your chest and build. I hear someone snort (me) and one of them runs to get me a fresh beer. When he comes back, I raise my glass to meet theirs. “Skål,” we cheers, scrunching our faces to get the å sound right.

I think about everything I saw and everyone I met in this big little city… there is so much I want to tell her.

I didn’t make it to a single breakfast. 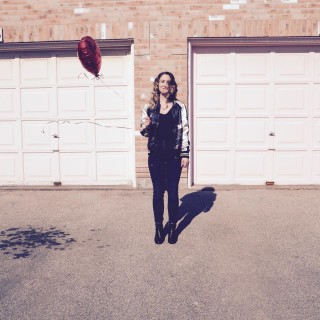 2022 mood board🃏🏖🍹
The iso files / Kim’s quarantine cooking tribute post 🙌🍲
Some 2021 faves with some of my faves 🥰
I like to think Hugh Grant gave me Covid (he didn’t)
LDN week ☝️
Cheers to two years Ry guy! I oh-fer-fck-ya love you 😘 🥅
Loading Comments...
%d bloggers like this: